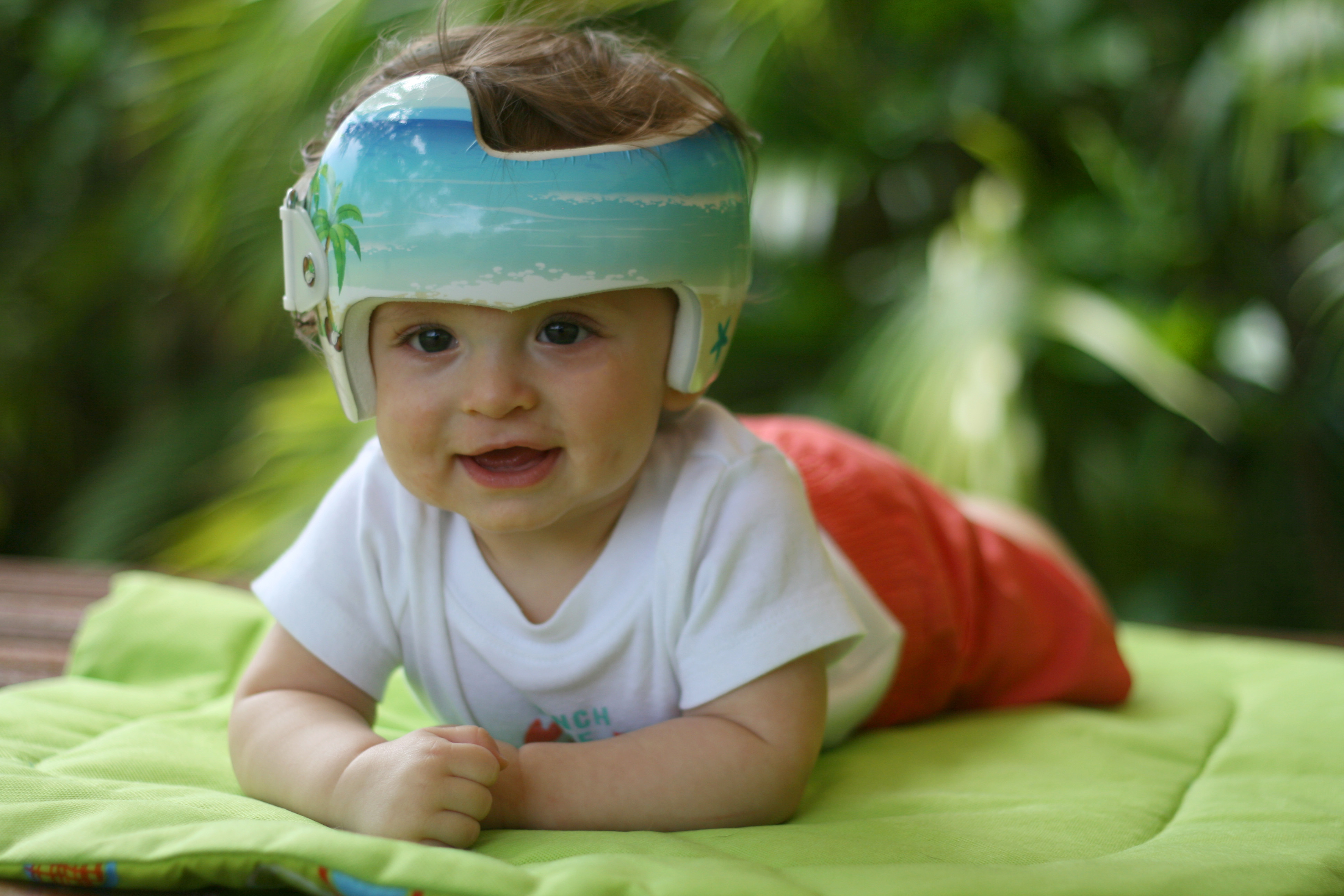 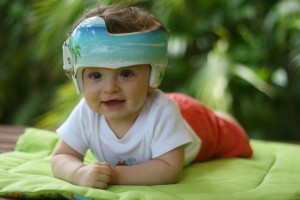 My son was diagnosed with torticollis when he was about 2 months old. When he was in utero his head was titled making for a difficult delivery. The doctor actually needed to use a vacuum to assist in the delivery. Both of these facts most likely caused the torticollis. We began working with a Physical Therapist who taught us different stretches and excercies to do with him to help correct the torticollis.

Shortly after we noticed that he had developed a flat spot (plagiocephaly) on the back of his head from always laying with his head tilted. We had him evaluated at Cranial Technologies where they determined that they could correct his flat spot with the use of the DocBand. We started a 3 month treatment of wearing the band 23 hours a day and amazingly his head looks great now!

During his physical therapy I naturally found ways to use music to make the stretches and exercises more fun and engaging. One of the exercises was visual tracking. I need to have him follow an object left to right and up and down. I grabbed some near by toys (actually pieces from one of his activity mats) and used those for tracking. 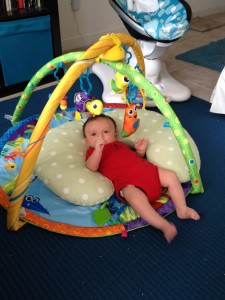 Each one was an animal so I made little songs to go with each animal: Mr Duck, Mr Frog, Mr Turtle, and Mr Butterfly. They are very simple songs but they support the movement of the animal used for tracking. One of the advantages to using my own song while doing the tracking exercises is that I can slow down or speed up as necessary for the movements, I can pause if I need to wait for him to catch up or reengage, or I can sing louder or softer to grab his attention. A good example of this is in the Mr Turtle video clip when I wait for him to drop his maraca, or in Mr Frog when he is yawning. Notice that the duck also “quacks” and the elephant is a maraca which is an added sound to grab his attention. Also note that Mr Butterfly flies “way up high” as a cue to look up high.

Click on each image to see the video clip. 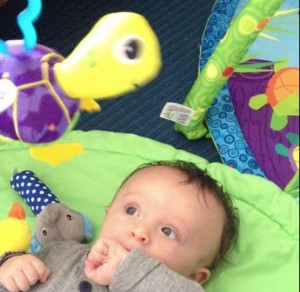 Mr Turtle swims so slowly all around the pond 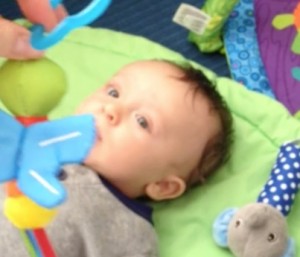 Mr Butterfly flying in the sky

Way up high, flying in the sky When he comes to see me

Then I answer him right back

“You make me so happy” 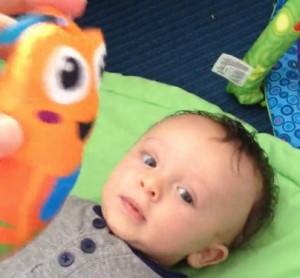 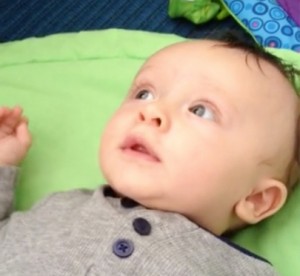 I also used an elephant maraca and sang Mr Elephant while tracking. The video shows some interaction with the maraca but doesn’t show the song. Listen to the song below:

I would like to stamp around and play with you today.

I also used music during our exercises on the stability ball. While seated on the ball we moved our son to the left and to the right, forward and backward, sitting up and on his belly. I had found a simple children’s song in my music therapy collection of songs that described rocking forward and backward, from side to side, and I just adapted the words to the movements we were doing. Singing while moving gave added fluidity to the movement (moving in rhythm for the song) and made the exercise more interesting and fun!

Missed Part 1 and Part 2 of the series “How I Use Music With My Son”? Click here:

Part 1: How I Use Music With My Son

Want to learn more about how to use music with young children? Visit our Music in Early Childhood page or Music Therapy in the NICU, as well as Resources for teachers and parents.

“We are a participant in the Amazon Services LLC Associates Program, an affiliate advertising program designed to provide a means for us to earn fees by linking to Amazon.com and affiliated sites.”