I took my 3 year old nephew to our local theater to see Elmo Makes Music Live! What a great opportunity to introduce the theater and live musicals to kids! 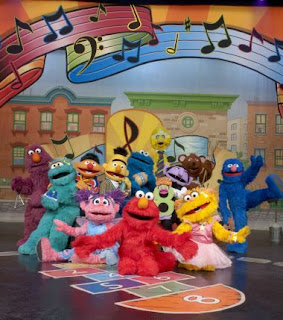 I didn’t tell him where we were going because we were buying tickets at the door and wasn’t guaranteed that we would get tickets. I just told him that we were going to do something fun and it was a surprise. We got to the box office and he asked what we were doing. I told him we were buying ‘tickets’ to go to the ‘theater’. These were new words for him. We got our tickets and went inside to the lobby. After buying some popcorn and running off some steam (a good idea since he was going to have to sit for about an hour) I found some big, black and white photos of the theater. I showed him the photos and explained, “This is a theater where you see a show. We are going to sit in the seats and watch the show.”

About 15 minutes before showtime we made a stop at the bathroom (another good idea before a long show). Then as we were about to go in I explained that there was something important to tell him. I explained that when we go in that we were going to have to sit nicely in our seats and use a quiet voice, and that we would watch a special show.

The great thing about this type of event is that since its all kids attending you don’t have to worry if your kid is talking too loud or jumping around in his seat! 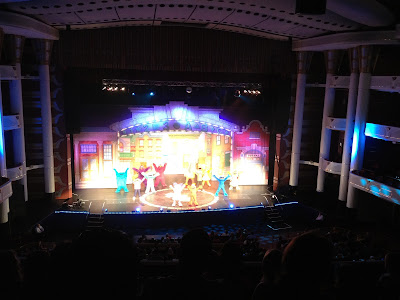 When the show began his face lot up! It was priceless! He seemed mesmerized and excited to see Sesame Street characters singing and dancing right in front of him! We were encouraged to sing along, clap along, and even shout out the letter and number of the day!

This show was particularly interesting for me because it was about a music teacher who moves to Sesame Street but here moving truck hasn’t arrived with all of her instruments. So, her new friends have to find things to use as instruments to make music. The kids learn about a scale which corresponds to the number of the day – can you guess it? They learn about how music is all around you and everybody can make music. Another special element was that the Sesame Street friends kept their plan a secret in order to surprise the music teacher. I was able to point out to my nephew that this was going to be a surprise, just like us going to the show was a surprise!

I was a little surprised that the show had an intermission. I expected it to be a forty minute to an hour show, but it was 40 minutes with a 15 minute intermission, followed by another 30 minutes. Still, the kids did well sitting through it. 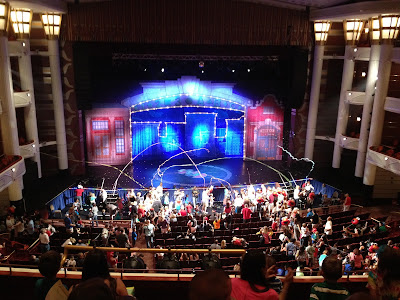 This was truly a wonderful experience and I would highly encourage parents to take their kids to introduce them to the world of theater. It’s important to teach our kids about different things, to expose them to different types of art and culture, and to teach them how to act in various situations. If they experience it at a young age they may be more inclined to understand it and appreciate it later on. And they’ll know how to behave too!

Your cart is empty
Visit The Shop